Stablecoins are once again in the spotlight as US senators launch an attack on dollar-linked cryptocurrencies in their latest call to curb the industry.

Massachusetts Senator, Elizabeth Warren, is once again leading the charge against cryptocurrencies. In a video published on 15 December, she said stablecoins pose a threat to consumers and the economy because they “prop up one of the most shady parts of the cryptocurrency world, DeFi, where consumers are least protected from fraud”.

This is not the first time she has called the crypto industry “shady”. In July, the angry senator said there were “insidious super-coders” behind cryptocurrencies, making them a threat to the US financial system.

This latest tirade was unleashed at a Senate Banking, Housing and Urban Affairs Committee hearing on 14 December. 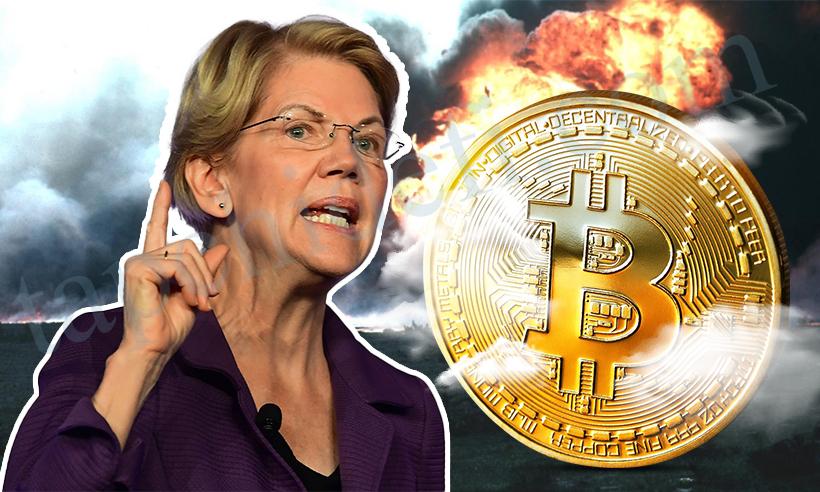 Senators on the Stablecoin warpath

Stablecoins threaten the traditional financial system as they were designed. The Federal Reserve controls the dollar and has plunged the economy into crisis with unprecedented money printing, leading to a 40-year high inflation rate.

This must be what the Senator had in mind for consumer protection.

At the same hearing, Senator Sherrod Brown joined his compatriot and referred to crypto as “magic money”. Senator Brown opened the hearing with a tirade against stablecoins and their association with this “new fantasy economy”. He added that they make it easy for users to risk their money on unstable and sometimes fake cryptocurrencies.

Just a week ago, many cryptocurrency executives and directors went to Capitol Hill to explain the role of stablecoins and what the industry is all about in an attempt to quell fears and these blanket statements.  It seems that these efforts went unheard, judging by the vehemence of these anti-crypto-currency decision makers.

The hearing took place on the same day that Tether was hit with another lawsuit, which CTO Paolo Ardoino called “nonsense and copycat”.

In the cryptocurrencies corner

Their particular portrayal was the use of the term “broker” in the recently passed infrastructure bill, under which software providers, mining operations and wallet providers would be responsible for tax reporting.

“We urge the Treasury Department to provide information or informal guidance as soon as possible – no later than the end of this calendar year – on the definition of ‘broker’ discussed during the legislative process.”