Research conducted on Russian social media has identified which tokens are most frequently commented on by social media users.

Brand Analytics, a company specialising in media monitoring in the CIS, recently published a report ranking the most popular cryptocurrencies according to how often they appear in Russian-speaking social media conversations. To gauge interest in crypto topics, its experts analysed more than 2.4 billion public messages containing more than 46.7 billion words, published in October 2021. 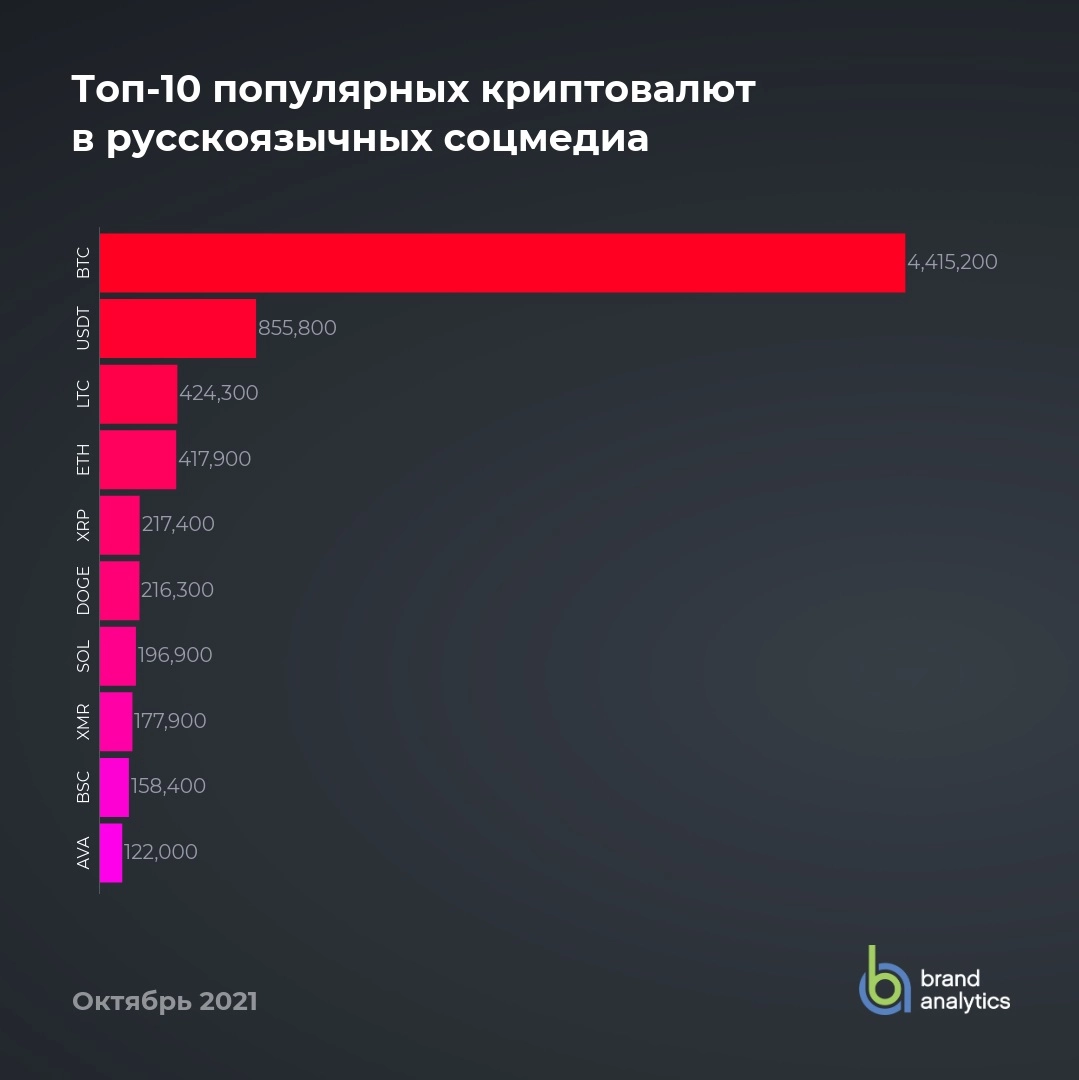 Using clustering technology, the researchers discovered more than 600 name variants, including synonyms, referring to cryptocurrencies mentioned by Russian-speaking users in their posts last month. For example, in addition to the standard “bitcoin” Cyrillic spelling of bitcoin, the statistics include words such as “биток”, “биткоиня”, as well as the Latin “bitcoin”, “BTC” and others.

Bitcoin (BTC), the world’s leading crypto by market capitalisation, tops the list of the 10 most popular digital coins on Russian-language social media with 4415,200 mentions. Stablecoin USDT is second with 855,800, litecoin (LTC) is third with 424,300 and ethereum (ETH) is fourth with 417,900 mentions.

The study’s authors note that bitcoin (BTC) has seen a surge in prices this year, with the price per coin repeatedly reaching record levels. Records include BTC reaching almost $67,000 in October and approaching $69,000 in early November.

According to analysts, interest in crypto topics among Russians has not yet peaked. “There are thousands of different cryptocurrencies in the world, while only 600 of them are exchanged in the Russian-speaking space,” they note, pointing out that Russia has huge potential, as it recently entered the top three most popular bitcoin mining destinations.

Researchers predict that cryptocurrency penetration will increase and interest in cryptocurrencies will continue to grow.

For now, cryptocurrencies in Russia, and related activities such as coin minting, have only been partially regulated, mainly by the law “On Digital Financial Assets”. Russian authorities are preparing to deal with a number of other regulatory aspects, including mining and taxes.